If you take a stroll through Future World at Epcot, hang a left inside the World Showcase, just past Mexico you’ll find Norway, and you’ll find the home of the Akershus Royal Banquet Hall.

This is one of my restaurant’s for character dining at Disney World.

Of course, many people would probably believe that the best possible place for meeting all the princesses would be at the Castle at Cinderella’s Royal Table, and that is certainly understandable. During my first trip to Disney World, we made the exact same assumption.

But when we were planning to return three years later, we were able to talk the kids in our group and convince them to try something new.  And so, if dining with the Disney World princesses is on your family’s wish list like it was ours, the Akershush Royal Banquet Hall is the perfect solution.

You can expect to encounter the following fair maidens at the Akershush Royal Banquet Hall:

Since the new attraction, Frozen Ever After, I would be most surprised if Elsa and Anna are not added to the royal hostess list, as well. That is merely my own speculation, however. Our visit was prior to its opening.

Years ago, I was walking around the World Showcase with some friends. I’m a creature of habit and I had my two or three favorite restaurants from which I rarely strayed.

We were trying to figure out where we were going to have lunch and someone recommended Norway.

I always liked the old Viking ship ride, the Maelstrom, but it never dawned on me to even consider a Norwegian meal. The reply was that this place had a great buffet, various smoked fish, meats, and cheeses, and it was surely one of Disney’s best kept secrets.

So Akershus it was, (as it was called then, decades ago) and has since become one of my go-to restaurants at the Epcot.

We were on the Disney dining plan, and I had also noticed, that unlike a meal with the princesses in the Castle at Cinderella’s Royal Table, which required two dining credits per person, Akershus Royal Banquet only required one.

But I would strongly recommend you consider the lunch or dinner option over breakfast. If you are not doing the dining plan, the prices you can expect to pay are between fifty and sixty-five bucks per adult entree and around thirty-five dollars per child entree, at any of the three meals served there.

As a rule, I do not prefer to rise and shine for a big breakfast, so getting up, out, and most of they way through Epcot for a morning meal wouldn’t be our thing. Besides, there is no way I could come anywhere near to getting our money’s worth at those prices for breakfast.

So we had made our reservations for lunch. Another plus—since Cinderella’s Castle has typically been in much higher demand for princess dining, Akershus had more availability.

The excitement was growing, along with the awaiting crowd, as we arrived a few minutes before our scheduled time. Modeled after a medieval, Norwegian castle, this place had a quaint and regal appeal all of its own.

The royal proclamation (signed by none other than The Queen) was prominently encased and displayed outside, heightened everyone’s expectations for just such an occasion and gave parents and and their little girls something to read and have photos taken beside.

If your daughter is dead set on doing the whole deal with the dress, I strongly recommend bringing along an easy change of clothes and comfy shoes to be carried in a backpack—one that is roomy enough for a compactly packed dress and a pair of shoes.

Once we were escorted inside Akershus Royal Banquet Hall, there were thrones all along the entryway, and the oversized, centuries-old looking story book (opened to the page with the words “Once upon a time”…) was the perfect beginning to our own storybook experience.

This smaller venue really made the castle feel more genuine. Although the main dining hall was grand in its own right, it wasn’t so large that it lost any of its feeling of authenticity.

The smaller, side dining areas (in which we were happy to be seated) felt cool and cavernous, as if you were really experiencing something historically royal. The stone walls were all white, so that everything was bright and inviting. I noted the stark contrast between this and the dark, cavernous feel of the Pirates of the Caribbean.

All of this attention to detail and decor—from the rustic, elegant chandeliers to the colorful, ascot-shaped banners hung imposingly from the ceiling—it was only magnified by the majestic style and gracious demeanor of all the servers and princesses.

This is yet another shining example of how Disney does detail and customer service. Being entertained at Akershus Banquet Hall was the epitome of receiving the “royal treatment.”

After we had ordered our entrees, we were invited to a fabulous buffet of numerous fishes and other cured meats, cheeses, seafood and cold salads, fruit, and much more.

And if we could possibly have room for more after our first trip, we were welcome to return as much as we liked. I took advantage of such healthy options made available, and the kids in our group to load up on yummy vegetables and fruit.

Soon after we returned to our table with plates piled high with Scandinavian samplings, our hosts of honor began to appear. While the character entrances at Cinderella’s Royal Table were impressive, the lower-key character emergences at Akershus Baquet Hall was a much more delightful surprise, in my opinion.

Do note that even if your kids are very outgoing, there’s a good chance that they may be a bit timid meeting their favorite Disney Princess for the first time.  Just try to understand that to them, meeting Belle or Ariel is likely akin to you meeting Denzel Washington or Angelina Jolie—it might be a bit of a shock to the system at first.  Just give them some time to adjust, and they’ll be enjoying their experience in no time.

The entrees promptly arrived and, of course, I overindulged at the buffet earlier in the morning.  Sigh. Still, I really wanted to get my money’s worth at Akershus.  So an already semi-full belly wasn’t going to stop me.

For lunch, I had the traditional Norwegian dish of meatballs, or kjottkaker. I’d planned to get my fill of fish at the buffet (and I made good on that plan) so I thought that I would step out of my comfort zone and try something I would not have normally.

And I was so glad I did!

I loved the kjottkaker, and I did my best to try to balance it with some of the delectable vegetables, but I was quickly running out of room. The kids both had salmon, which they like on any given day, but they really enjoyed the salmon here—it was a big score.

As we were bidding our farewells, gathered our things, and made our way toward the exit (while feeling stuffed–although pleasantly so), I wished we had had more time. I had not felt particularly rushed, rather it just occurred to me that I had had a really good time.

This experience had brought special nostalgia for me; I’d been completely immersed in imagination. I can certainly still get lost in wonder of the attractions, but there was something about the interactive pretend in this cozier setting that felt more magical (yes, there, I said it.)

It was similar in this way to the Beauty and the Beast attraction, Enchanted Tales. Disney continues to infuse magic with a bit more of these guest-character interactive experiences.

Akershus has earned remarkable distinction for me. I give it a solid 4.5 out of 5 stars. I believe with the addition of Anna or Elsa, or most certainly with both, Akershus Royal Banquet Hall would probably rate five stars in my storybook! 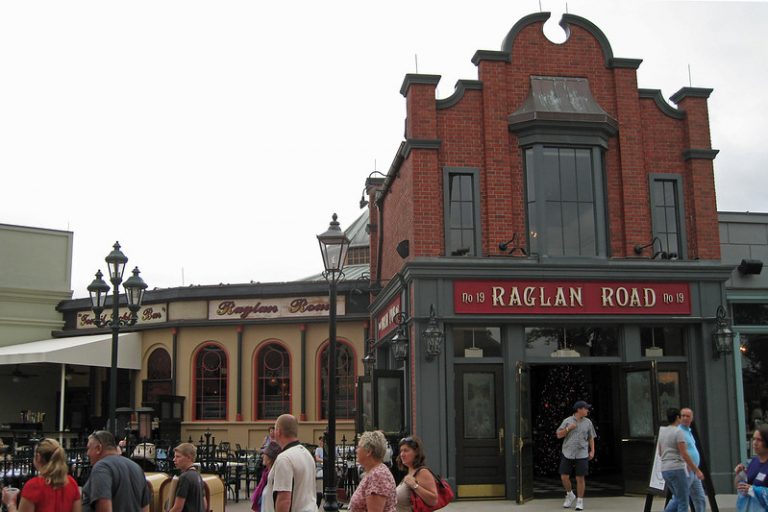